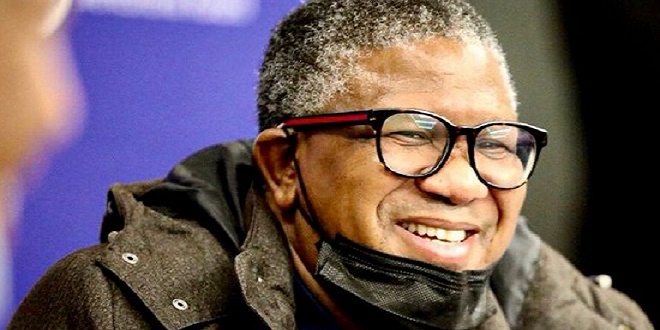 Suspended ANC member, Carl Niehaus, says he instructed his lawyers to pursue legal action against the transport minister, Fikile Mbalula, for defaming him in a television interview.

Niehaus said the Minister had implicated him in the recent riots which wreaked havoc in KwaZulu-Natal and some parts of Gauteng.

“To say I was the front-runner in undermining the law through insurrection and coup plotting on the BBC HardTalk show is  slanderous.

“The arrogant minister missed the deadline to apologize and I have instructed my attorney to initiate court proceedings,” tweeted Niehaus.

This follows a letter shared on Twitter by Niehaus’ lawyer, slamming Mbalula’s remarks, saying if he doesn’t retract and apologise for slandering  his client in public, they will meet in court.

My response to Minister @MbalulaFikile’s wild an totally unfounded allegations on #BBC that I have been involved in some fallacious ‘insurrection’ that his own government cannot even agree on. pic.twitter.com/KSVLAs149D

“In light of the seriousness and importance of this matter, Niehaus demanded a retraction and apology by 15hOO on Friday, July 23, 2021,” reads the letter.

“If you do not comply with the conditions in this letter, Niehaus will take appropriate legal action against you, including an interdict and a claim for damages.” We don’t need to go to court if you comply with our demands.”

Mbalula’s lawyers vowed to fight or defend any legal action Niehaus may take against their client.

Mbalula’s lawyers described the suspended ANC member and disbanded UMkhonto we Sizwe Military Veterans Association (MKMVA) spokesman as a criminal and a fraudster.

Niehaus claims in the letter that he is not a criminal, does not engage in criminal activity, maintains high standards of integrity and discipline, and is of good standing and reputation are unfounded.

Mbalula accused Niehaus of being behind the FreeJACOBZUMA campaign, saying the campaign acknowledged the plan before the riots broke out.

“The message was spread through the media. According to an article published on News 24’s website, Niehaus warns of violence if Zuma is imprisoned. ”

He said the ANC was told there would be dire consequences if the former President were imprisoned.

According to the publication, the country would be torn apart. There would be instability and turmoil, Niehaus was quoted as saying.

The ANC’s National Executive Committee suspended Niehaus’ membership with immediate effect on July 7, 2021, due to the expectation that the MKMVA would protect Zuma from arrest.