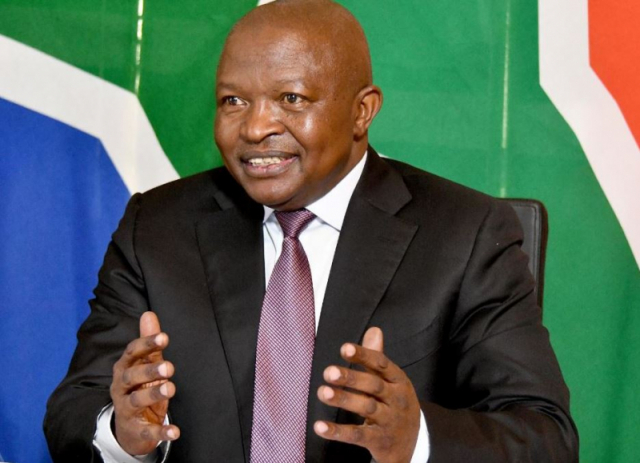 One tasking the SA Military Health Service (SAMHS) keeps close to the chest, mainly for security reasons, is its responsibility for the wellbeing of the country’s senior public representatives.

One of these is Deputy President David Mabuza, whose absence from office since late June has either been noted or brought to the attention of the official opposition.

The South African number two, according to a 26 June Presidency statement, “requested a few days leave” when he would be in Russia for “a scheduled medical consultation”.

Mabuza’s office told News24  he was due in South Africa on Wednesday (4 August). The only evidence he arrived is Flight Radar 24 tracking data which indicated a SA Air Force (SAAF) Falcon 50 business jet between Nelspruit and Johannesburg with the call sign LMG2. Call sign LMG1 is used when the President is on board and LMG2 is for the Deputy President.

It is now time for outgoing Surgeon General Zola Dabula to tell South Africans what’s going on, according to Solly Malatsi, the Democratic Alliance (DA) shadow minister for The Presidency.

A statement this week calls for Lieutenant General Dabula, who commands the fourth arm of service of the SA National Defence Force (SANDF), “to update the nation on Deputy President Mabuza’s health, following his month-long medical treatment in the Russian Federation”.

“While Mabuza has the right to privacy when it comes to his health, if his condition is such that he regularly has to leave the country for protracted periods, the public should know whether he is fit to continue in office.”

“His ability to carry out his constitutional duties as leader of government business is crucial for the country. More so given his additional responsibilities as head of Cabinet’s Eskom turnaround efforts as well as the COVID-19 vaccine rollout,” Malatsi said.

“This,” Malatsi avers “makes the Surgeon- General’s clarification on the status of his health critical. The Deputy President has been a scarce figure in government and if he needs to step down from his duties, he should be provided with the time required to recover and focus on his health without the disruption of the onerous demands of office”.

Mabuza has apparently paid his own way for his trips to Russia, but his long absence, especially during South Africa’s unrest, has drawn the ire of opposition parties and commentators.