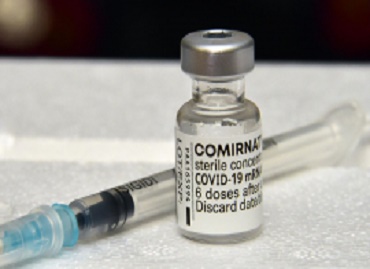 The Acting Health Minister, Mmamoloko Kubayi-Ngubane, has announced that those aged 50 and above will get the chance to receive their COVID-19 vaccines from July 15, 2021.

The Acting Minister announced this on Friday, following approval by the Inter-Ministerial Committee (IMC) on Vaccines.

Registration will open from July 1. The Minister also encouraged those aged 60 and above to still sign up for their jabs.

“If you have a friend, family member, neighbour or loved one who is 60 years old and above and has yet to be vaccinated or registered, please bring them along.”

Kubayi-Ngubane, Public Service and Administration Minister Senzo Mchunu and a panel of experts were briefing the media on efforts in the fight against COVID-19, including an update on the national vaccination rollout programme.

Meanwhile, she told journalists that the government was expecting more vials of vaccines to arrive in South Africa.

Pfizer has since committed to delivering over 15.5 million doses in the third quarter, of which 2.1 million are expected to land in the country in July.

“We are awaiting confirmation of the delivery of 500 000 doses. These expire later than the previous doses mentioned and this makes up the two million to replace those that were lost to the contamination incident.”

She said the country was currently running three parallel processes under phase two of the vaccination rollout plan, including the inoculation of the general population, priority services sector staffers and workplace vaccination in key economic sectors.

As more vaccines trickle in, the acting Minister said this would enable the government to “press ahead” with the vaccination of frontline workers, sector by sector.

The state would then move on to workplace vaccinations – for both formal and informal workers.

“We will take guidance from the Ministerial Advisory Committee on COVID-19 on which of these sectors to prioritise and move along until all work-based vaccinations are completed.”

“There is clear evidence that vaccines work. So far, there are no deaths recorded related to the vaccine itself,” said Kubayi-Ngubane.

While there were a few vaccine-induced thrombotic events, these were all detected and managed by expert clinicians.

“Overall, this study provides confidence that the vaccine confers high levels of protection to those who have been inoculated with it.”

She also touched on the United States Food and Drug Administration’s (FDA) plans to add a warning about rare heart inflammation in younger men to Pfizer and Moderna vaccines.

“These events are rare. I have been reassured by our experts that the vast majority, if not all cases, that have been reported were mild with short hospital stays and that there have been no reports in South Africa,” she said, adding that the department will continue to monitor this closely.

“Pifizers are still regarded as safe and effective for all age groups over the age of 12.”

Meanwhile, she said she still believes that COVAX is still a useful facility for low- and middle-income countries to acquire much-needed vaccines.

“For South Africa, we will continue to ensure that we get the best out of COVAX. However, we have adopted a diversified approach to procuring vaccines so that we do not put our eggs in one basket as we have been falsely accused of.” – SAnews.gov.za 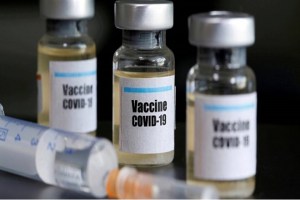