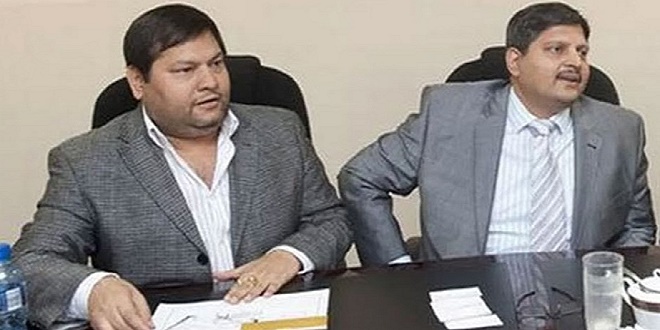 Efforts to extradite Gupta Brothers and their associates intensified.

The National Prosecuting Authority’s (NPA) efforts to repatriate corrupt-Gupta family members have received a major shot in the arm after Interpol issued red notices against two implicated brothers, their wives and other associates.

The brothers – Atul and Rajesh Gupta– and their respective wives, Chetali and Arti are among those accused of fleecing the Free State Department of Agriculture and Rural Development of R25 million for a supposed feasibility study.

On Monday, the Bloemfontein Regional Court postponed the criminal case relating to the R25 million Nulane Investment case. The matter will be transferred to the Bloemfontein High Court on 6 September 2021 for trial.

In a statement, the NPA’s Investigating Directorate (ID) said the matter was postponed in the absence of the accused, as agreed between itself and the defence. This was in the wake of the COVID-19 Adjusted Alert Level 4 lockdown regulations.

“Warrants against the accused out on bail will be issued yet stayed until the next appearance. Iqbal Sharma on the other hand will continue to be incarcerated as he was not granted bail last month,” ID spokesperson Sindisiwe Seboka said.

The case relates to procurement fraud involving R24.9 million, paid between November 2011 and April 2012 by the FSDoA to Nulane Investment 204 (PTY) LTD, a company owned and controlled by Sharma.

“From there the funds were diverted to Islandsite Investments 180 (Pty) Ltd (Islandsite), a company owned and controlled by the Gupta family. The R24.9m was purportedly paid to Nulane to conduct a feasibility study for the Free State Province’s flagship Mohoma Mobung project, on the basis that Nulane had unique skills to perform the work. The group is charged together with three companies, Nulane Investment 204 (Pty) Ltd, Wone Management (PTY) LTD, Pragat Investment (Pty) LTD, Islandsite Investments Pty Ltd,” reads the statement.

ID head, Advocate Hermione Cronje, in the statement confirmed efforts to bring the Guptas back had intensified.

The docket has been disclosed to the six accused to aid them in preparation for trial. – SAnews.gov.za