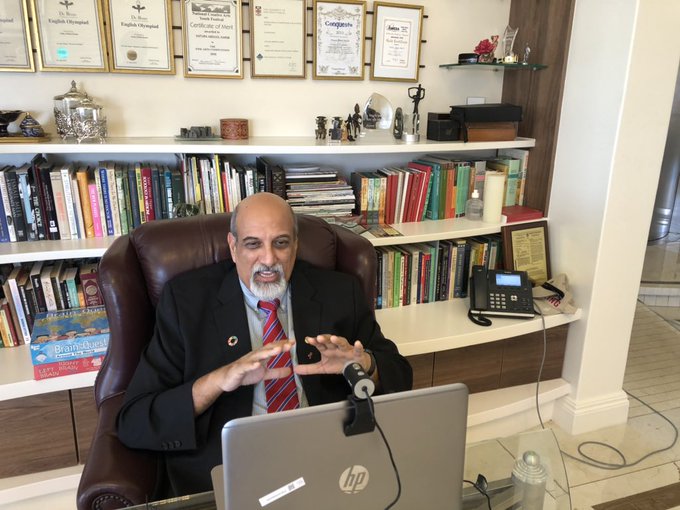 South Africa is showing hopeful signs of flattening the COVID-19 curve, as the numbers of new cases and those admitted to hospital fall.

“If you let your guard down, even for a short while, get complacent about prevention strategies, social distancing, mask-wearing and handwashing, the second surge is waiting to pounce,” Karim cautioned.

“None of the National Health Laboratory Service labs has a backlog. Every swab that is coming into the labs is being tested and it’s not a question of running out of kits,” he said.

However, according to the expert, what is striking is that the positive test proportion has steadily declined as well.

“That means that… there are fewer and fewer people who are positive. That’s very reassuring.

“Now you’ve got the cases coming down. The proportion that is positive is coming down, even though the number of tests has remained fairly stable and we know that admissions have come down.”

Karim also explained the trend observed in the number of deaths.

“[There is]… a two- to three-week lag, so you don’t see the deaths declining at the same rate because people are often in hospital for a week or two before they die.”

However, looking at these factors, the Professor said he was confident that the pandemic is on the downward curve.

“If you look at the cumulative number from the time we had our first patient on the 5th of March, our epidemic was growing rapidly… at the same rate as the UK, it was doubling every two days,” he said.

But this month, cases are doubling every 78 days, which again reflects that the country is over the plateau.

Even though these are positive signs, Karim said the country is not out of danger just yet.

“Is the worst over? I’m sorry to say that’s not entirely a 100% answer at this point, even though it’s pretty convincing that we’re on the decline.”

“Things could take an upward turn if we end up with a situation where we create an opportunity for super spreading to occur, where we ease restrictions too rapidly.”

He believes that the relaxation of regulations needs to be done in a systematic way that does not place the country in the same position as the US or Spain, where they are experiencing the second wave of Coronavirus.

He strongly believes South Africa can recover from the deadly virus, which has ravaged lives and economies across the globe.

“It’s possible to overcome. We can start safely re-energising the economy, start moving safely around if we follow the rules.

“If we become complacent, we run the risk of a second surge.” – SAnews.gov.za