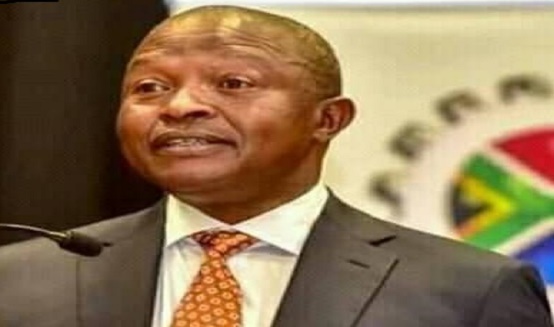 Deputy President David Mabuza says despite the current challenge of load shedding, South Africans should be confident this will be sorted once the Medupi power plant is incorporated into the grid.

The Deputy President said this when he fielded questions in the National Council of Provinces via a virtual platform on Thursday.

Eskom implemented Stage 2 load shedding on Wednesday, before moving to Stage 4 due to a high electricity demand.

“We have said over and over again that our fleet, our power stations, are very old so the maintenance of these power stations presents a problem.

“From time to time, given the time exerted on them, they will fail. Some units will fail and the leadership of Eskom came out openly to say ‘yes, we are not going to avoid load shedding as we implement routine maintenance and as we deal with the disruptions of failure of certain units in the system’.

In June, the Deputy President announced that Eskom has committed to completing the construction of Medupi power station this year, while Kusile will be completed by 2023.

“We are going to see Medupi coming into the system but we are also opening another window of independent power producers (IPPs) that will come.

“We are expecting more than 2000 megawatts that will come from that direction. And we hope that will stabilise the pressure that is on the system and allow us to fix these old power stations and give ourselves time to fix them,” he said.

Government pleased with the process to bolster Eskom’s performance

Responding to oral questions on Thursday, Mabuza said the restructuring of Eskom was being done in a phased manner to ensure stabilisation, optimisation and the growth of the power utility.

While the stabilisation phase deals with the strengthening of the balance sheet – attending to the dwindling cashflow, overturning governance failures and improving plant performance both in the generation fleet and distribution network – the optimisation phase starts to augment Eskom’s business model by implementing the restructuring as outlined in the department of Public Enterprises’ roadmap.

He said the optimisation phase will further provide delegation, responsibility and accountability to each of the new subsidiaries and its executives.

“We are pleased by the progress we are making towards better transforming the performance of Eskom under the leadership of the new CEO. Therefore, the reorganisation of Eskom along the lines of a new distinct yet complimentary business and operational model has begun,” he said. – SAnews.gov.za