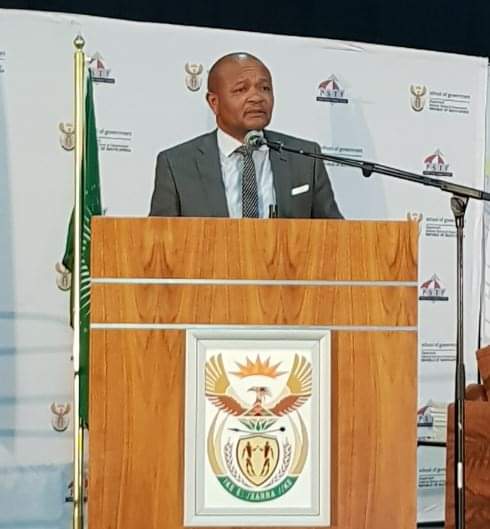 “Minister Mcunu needs to engage with Intellectual Property Commission (CIPC) to strengthen the mechanisms that prevent government officials from doing business with the state,” Public Service and Administration Shadow Minister, Michele Clark said in a statement on Monday.

Clark claims 1,544 investigations caught government officials doing business with the state and under Minister Mchunu’s supervision and said nothing was being done to end irregular business dealings.

“To enforce a Code of Conduct, Department of Public Services and Administration (DPSA) is available to CIPC to name civil service companies suspected of doing business with the state. CIPC collaborates with DPSA, Finance Ministry, law enforcement, and other regulatory agencies to provide requested data on an ad hoc basis.

“In February 2018, members of the executive got letters, identifying officials in their departments doing business with the state. On June 26, 2019, the South African Police and National Prosecuting Authority received the information, and Cabinet received a report in September this year,” said Clark.

Clark said SAPS didn’t honour Public Service and Administration Parliament’s Portfolio Committee invitation to give feedback on the list sent to them and the status of the case, arguing that SAPS didn’t again recently appear before the committee.

“If Mcunu is not taking action, an increasing number of officials will feel emboldened to use their position to access lucrative government tenders and contracts,” added Clark.