Until we find vaccine, we remain our best defence, says Ramaphosa

Motion of No Confidence: ATM lose focus in Parliamentary issues

Three people burnt to death in Lephalale head on collision

GBV Command Centre shines light in the dark for victims

Lephalale Police are looking for a missing person

In response to COVID-19, MEC of public works, roads and infrastructure, Dickson Masemola (pictured above with other government officials) launched the food bank in Witpoort Ga-Seleka in the Waterberg District.

Masemola said food banks are aimed at managing the residues and effects of covid-19.

“We commend Premier Chupu Mathabatha as he keeps on leading, inspiring the provincial command committee collective and encouraging  people in the province.

“To this point, the food bank has managed to close the poverty hole in the province, mainly in the course of the uncertain period of the tireless warfare in opposition to the coronavirus pandemic.

As a result of the outbreak of covid-19, many poor households have survived after the authorities and  samaritans donated heaps of food items throughout the province,” said Masemola.

However, unreceptive reactions flooded facebook following the launch of food bank at Witpoort in Ga-seleka.

“You’ll by no means alleviate poverty by distributing free food to the poor. We are not disabled. We need jobs, not charity.” Frans Legate said.

“I need to make sure if those food banks are working. The last time we heard about  it, it’s when Premier Chupu Mathabatha came to Sekhukhune district of Makhudu-Thamaga Municipality to begin the mission. Since then, we never heard about it.” Thobejane Mukunu stated.

Mokete Chokwe said: “Since the lockdown, I’ve never seen people providing food parcels to places I know. It seems it’s a scam to loot billions of rands whilst we are in deep poverty.”

Raymond Makola said those are food parcels they deliver while the real beneficiaries are sleeping at night, while Isaac Thamaga wants transparency to become a daily challenge.

Michael Mushiana described foodbank as a waste of time, saying  while lots of local people are still suffering, these food parcels are given to foreigners.

“If you visit ward 39 in Polokwane, the list of beneficiaries is foreigners. This system will trigger a war between South African citizens and foreign nationals,” claimed Mushiana 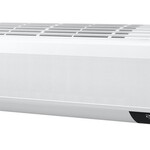