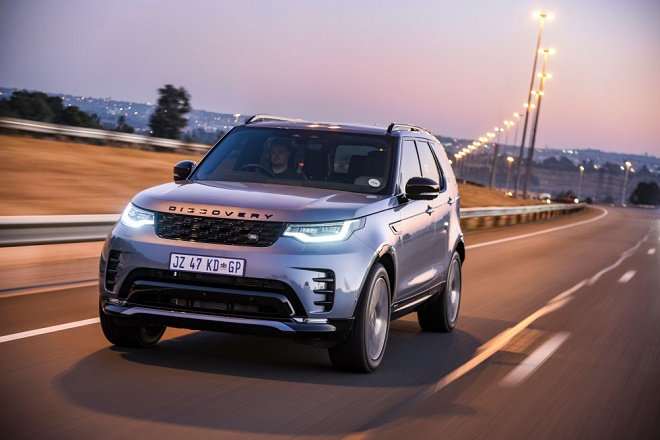 The Discovery will officially launch in South Africa. The flexible family SUV has been updated on the inside and outside.

It is now smart and more connected thanks to cutting-edge technology.

The New Discovery is still one of the world’s most capable, connected, and flexible full-seven-seat premium SUVs. 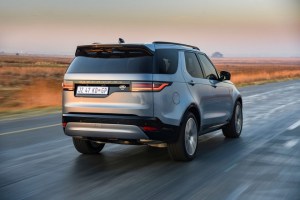 Its distinct personality and well-balanced proportions are the result of more than three decades of design evolution.

With new distinctive LED headlights and a daytime running light signature positioned lower in the units, the Discovery has a striking external update.

A new Gloss Black panel with the signature Discovery lettering is positioned between the tail lights, and a reworked front bumper now has a broader body-coloured graphic.

With a range of unique design elements on the outside, such as Gloss Black and Shadow Atlas exterior accents, and two-tone leather and contrast seat stitching on the interior, the new R-Dynamic model exudes a more aggressive personality.

Premium LED headlights are also available on R-Dynamic models, which generate a colour of light that is closer to daylight, making it easier for drivers to discern things and reducing driver fatigue.

Auto High Beam Assist (AHBA), which automatically turns on and dips for oncoming traffic, makes driving at night or in poor visibility easier.

The optional hands-free Gesture Tailgate detects a foot wave beneath the rear bumper to open the trunk, while the Powered Inner Tailgate holds loose objects in the massive 2,485-litre load space and doubles as a convenient bench.

Even with seven seats occupied, the boot provides 258 litres of luggage space, and all passengers have access to a charging station.

Customers may easily modify the seating layout using the central touchscreen, while remote app technology allows them to check the fuel level and location of their vehicle, as well as unlock and lock the doors.

The second-row seats in the back have been modified for improved comfort, with improved lateral support, longer, thicker cushions, and meticulous seat contouring contributing to superior under-thigh support and posture for all occupants. 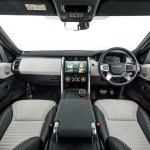 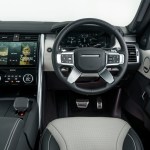 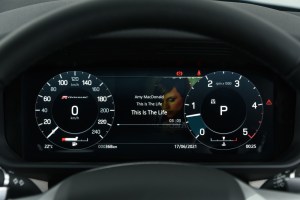 to the centre console, offering additional airflow to second-row passengers who have their hidden-until-lit ventilation controls and power supplies.

Land Rover’s new second-generation Activity Key, which includes touchscreen controls, a digital watch, and the ability to lock, unlock, and start the vehicle in addition to the traditional fob, is also available.

The new Pivi Pro infotainment system has a simpler menu layout that enables rapid responses – even when starting the vehicle for the first time.

Because of the built-in backup battery, navigation starts up quickly, and the logical menus allow the most frequently used functions to be accessed immediately from the configurable home screen, reducing driver attention.

Dual-sim technology provides connectivity, with two LTE modems allowing the device to perform various tasks at once, such as streaming media and downloading Software-Over-The-Air (SOTA) updates.

Without needing to visit a dealer, Land Rover’s SOTA technology allows owners to upgrade as many as 44 different electronic modules.

The Discovery enables high-definition 3D mapping within the instruments when used in conjunction with the 12.3-inch Interactive Driver Display, leaving the centre touchscreen free to handle other programs.

The high-resolution digital instruments may be set to display a pair of traditional dials, full-screen 3D navigation guidance, or a combination of the two, allowing drivers to tailor their view to their preferences.

Across the range, wireless charging with signal boosting technology is an option.

Land Rover’s Click and Go tablet holders, which are built into the front seatbacks, add to the comfort and convenience.

Rear passengers can stay entertained on even the longest journeys thanks to the onboard 4G Wi-Fi hot spot, which can connect up to eight devices.

When travelling on the highway, the standard air suspension delivers reassuring ride comfort in all conditions and includes automatic speed lowering to increase aerodynamic efficiency and fuel economy.

Adaptive Dynamics damper technology, which is standard on all models, detects vehicle movements up to 500 times per second, reacting nearly instantly to driver or road inputs for improved body control, ensuring a composed, flat ride.

The Discovery is always automatically primed to fit the driving circumstances, while the new Wade Mode optimises the vehicle for deep water fording – even applying the brakes automatically when the driver disengages Wade Mode to recover full performance from the first use of the brakes.

Customers can personalize the driving experience for off-road driving by using Configurable Terrain Response to fine-tune the Discovery’s throttle mapping, gearbox shift points, steering, and suspension settings to suit their preferences and requirements.

ClearSight Ground View technology, which uses the central touchscreen and a combination of forward-facing cameras to provide drivers with a view of the obstructed ground right beneath the front of the car, is also available on the New Discovery.

Both petrol and diesel versions of the new 3.0-litre straight-six Ingenium engines are available, with the petrol version having 48V Mild Hybrid Electric Vehicle (MHEV) technology for improved efficiency, performance, and smoothness. 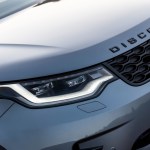 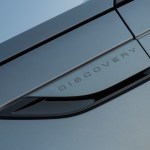 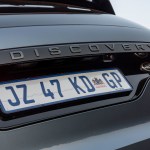 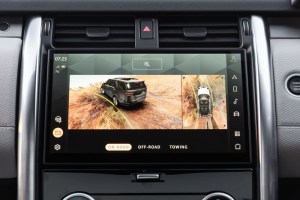 The new D300 six-cylinder Ingenium diesel, which replaces the earlier SD4 and SDV6 diesels, is made of lightweight aluminium.

The Discovery is now available in South Africa.