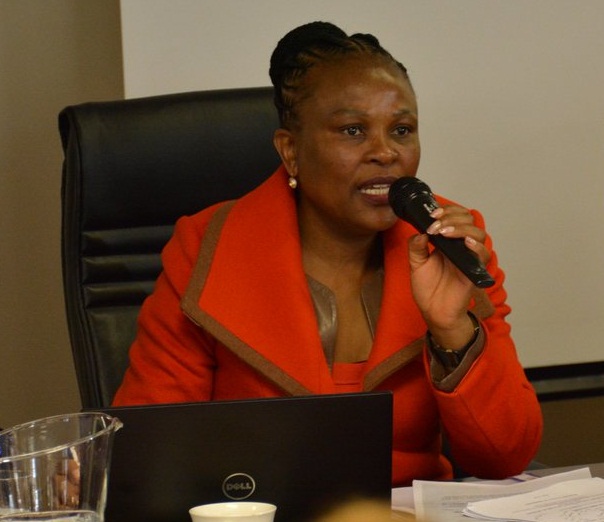 The Democratic Alliance (DA) has slammed Public Protector, Advocate Busisiwe Mkhwenane as being biased and pro Zuma camp, not fit for office, saying her appointment was politically spurred.

In a statement on Tuesday DA Leader, John Steenhuisen alleges that Mkwebane has all along been a state capture deployment.

“Successive court rulings against her. Photos of known state capture agents at her 50th birthday party, support the DA’s long-held view that Mkhwebane isn’t fit for office, that her appointment was politically motivated. We align her to the pro-Zuma faction,” said Steenhuisen.

Steenhuisen comment follows the North Gauteng High Court Judge’s ruling on Tuesday that the investigation by Advocate Mkwebane into CR 17 election campaign donation is invalid on several grounds and must be set aside.

The court said Mkhwebane neglected to understand her jurisdiction and effectively apply the law and evaluate the evidence before her.

“Yet again, the courts have found Mkhwebane can’t perform her responsibilities in a competent, fair and unbiased manner. We hope this brings to an end her disastrous chapter in office. The DA has fought it, ever since her name was first put forward as a potential candidate for appointment,” said Steenhuisen.

Steenhuisen said the DA has tabled a motion in the National Assembly to have her removed from office.

“We hope this latest court finding will be the evidence needed to swing the balance of opinion and pressure in favour of removing Mkwebane. Our motion led to the Speaker’s commitment to appoint an independent panel to assess the evidence against her. If the panel finds a prima facie case of misconduct or incompetence, then an ad hoc committee of parliament will consider her removal,” added Steenhuisen.