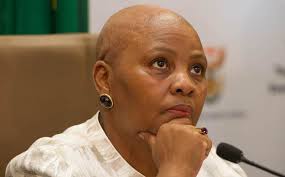 “DA has serious doubts about whether that happened. We are sure the minutes of this meeting will reveal what we suspect.” This meeting was nothing more than the Minister’s attempt to hide the entire trip to Zimbabwe served ANC politics and has nothing to do with state affairs, “said DA Shadow Minister of Defence, Kobus Marais.

Marais said the flight to Zimbabwe with the ANC delegation on September 9, 2020 is suspicious and has nothing to do with government affairs.

“Our suspicion supports reports that an official from the Zimbabwe Aviation Authority confirmed to The Star that airport reception was for ‘ANC guests’ and not the Minister of Defence,” Marais said.

Marais said: “According to reports, Zimbabwean aviation officials confirmed to The Star newspaper the airport reception was arranged for ANC passengers, not the Defence Minister. This is our suspicion.”

He said the DA will submit parliamentary questions to request the Promotion of Access to Information.

The Minister’s report to President Cyril Ramaphosa raised doubts that she had conspired to hide the ANC’s misuse of state funds behind the meeting.

“In her report to the President, there was not a single response the meeting was urgent and that a virtual platform was unnecessary, and had to violate the Ministerial’ Handbook, which requires approval two weeks in advance.”

Is the meeting so important that the Minister and the President believe it is necessary to violate COVID-19 lockdown rules before and after the ANC delegation’s business trip, but do not confirm how the meeting was held? ”

Marais said the ANC should pay back the money for the flight, and not just a small percentage calculated by the Minister who has proven that she will put her party before the country.