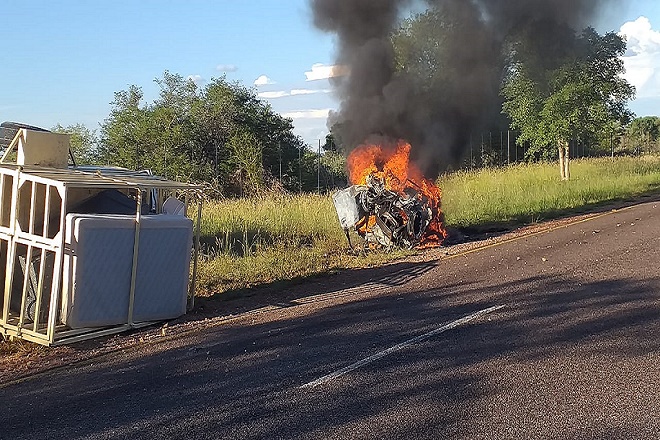 Three people were burnt to death, one certified dead on the scene and three others hospitalised with serious injuries in a head on collision outside Lephalale on Sunday evening,

Limpopo police spokesman Colonel Moatshe Ngoepe said occupants of Toyota Yaris were allegedly driving from Marken to Lephalale when their car collided head on with a Ford Ranger from the opposite direction.

He said Lephalale police are investigating culpable homicide case which took place at around 5pm on Sunday.

“Three people were trapped and burnt to death in a Toyota Yaris which had five passengers including the driver. Another passenger was thrown in front of the burning car and died on the spot. One passenger was taken to hospital with serious injuries. Two passengers traveling in a Ford Ranger driver were also taken to hospital with serious injuries,” said Colonel Ngoepe.

Colonel Ngoepe said the cause of the accident was unclear at the time, but an ongoing police investigation will tell.