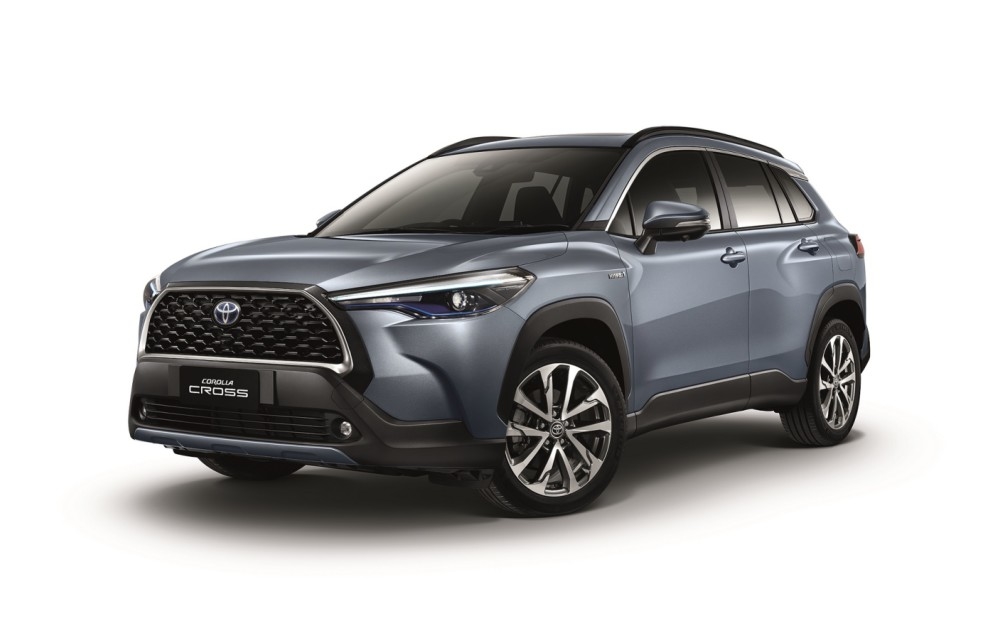 Toyota South Africa has disclosed the inclusion of both conventional petrol and hybrid petrol-electric powertrains in the Corolla Cross, marking the brand’s first hybrid powertrain manufactured on local soil.

The Corolla Cross is poised to usher Corolla into the “new age, thus it’s critical that it embraces the New Energy philosophy,” the carmaker said in a statement on Wednesday. 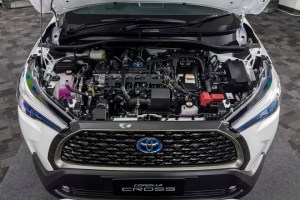 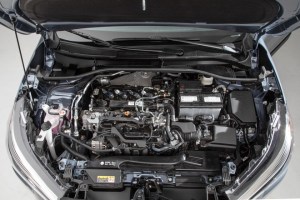 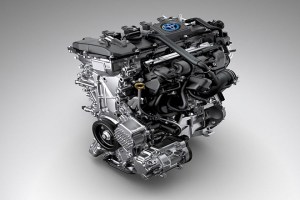 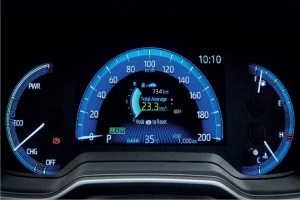 The carmaker says it is pleased to offer the new engine and drivetrain configurations after previously unveiling the Corolla Crosst, the first SUV adaptation based on the Corolla model.

Toyota’s 1.8-litre 2ZR-FE engine powers the Petrol variant of the Corolla Cross. It prioritizes refinement and strong midrange torque delivery with VVT-i and an ‘under-square’ design.

Using a CVT can improve your car’s efficiency by helping it accelerate smoothly and automatically select the best “gear ratio” for each particular driving condition.

The transmission logic also has a manual mode with seven preprogrammed gear ratios, which allows drivers to exercise some manual control when necessary.

The efficiency of the powertrain is demonstrated by its fuel economy of 6.8 litres per 100 kilometres, with CO2 emissions of 154 grams per kilometre.

Hybrid models use the 2ZR-FXE engine also found in the Toyota Prius (as well as the C-HR Hybrid and Corolla Hybrid).

In the latest version of Toyota’s signature self-charging hybrid powertrain, the new, stylish Purus is equipped with cutting-edge technology.

This is the first of a new family of hybrid engines that is built on two features that have made Toyota hybrids popular with drivers across the globe-fuel efficiency and a relaxed, carefree driving experience.

With its next generation of hybrids, Toyota has focused on making them even easier and more intuitive to drive.

The accelerator pedal response has been set up to provide a natural, immediate, and smooth response. The quality of its performance is perfect with its confidence and refinement.

A number of performance improvements have been made, including gas flow, combustion, cooling, and knock control, as well as exhaust gas recirculation that is considerably more efficient than before.

A hybrid system saves fuel because it shuts down the engine sooner and more frequently when it isn’t needed to drive the vehicle.

In addition to thinner connecting rod bearings and a low-friction camshaft chain, other efficiency-enhancing measures have been implemented.

The friction created by piston skirts, rotating parts, and the oil pump has been reduced, and a new electric water pump has also helped reduce losses. Using “beehive”-style conical springs, the valvetrain load was reduced.

To simplify the engine even further, CAE analysis was conducted on the entire unit to achieve optimal rigidity, as well as reduce noise and vibration.

Several advancements have been made to the electric system, including a reliable battery, an electric motor, and petrol engines that are lighter and less expensive.

Despite the reduction in size, the power output of the hybrid battery remained the same regardless of its lower energy density.

For faster self-charging, the battery absorbs 28 percent more energy in less time. The electric motors themselves are smaller, but also have a better power-to-weight ratio.

The electric motor contributes 53 kW and 163 Nm of additional power (at full power) to boost system output to 90 kW (the combined number does not reflect the power from both power sources, due to transmission reduction losses).

Due to the integration of petrol and electric powerplants, the Corolla Cross Hybrid offers higher power, torque, and acceleration. All of this while using less fuel, releasing fewer pollutants, and providing a more relaxed ride; it’s a no-brainer.

An electric motor provides an impressive increase in midrange torque and overtaking acceleration, incorporating the benefits of forced induction without any of the inherent thermal management issues or mechanical complexity.

The Corolla Cross Hybrid uses new energy technology to bring you a driving experience similar to that of a turbocharged or supercharged four-cylinder engine.

The hybrid arrangement shines in low-speed conditions like rush hour traffic, where the petrol engine is automatically cut off and the car may be driven entirely on electric power, saving a lot of fuel.

When reversing or coasting on a level road, electric operation is also used. The Corolla Cross is regarded as a complete hybrid car since it automatically recharges the battery pack using regenerative braking or the petrol engine, making it a fully closed-loop system that does not require a plug.

Toyota’s latest generation of hybrids feature’starting reduction gears’ in order to improve acceleration from rest and provide a more direct-drive feel when driving.

Thus, drivers get all the benefits of a ‘two-pedal’ arrangement without sacrificing performance, fuel economy, or driveability.

The Corolla Cross Hybrid demonstrates its eco-benefits through its 4.3-liter mixed-cycle fuel consumption figure and its sub-100 g/km CO2 index.

A bright red example of the first Corolla Cross was also produced at the Prospecton Plant during August.

This hybrid powertrain is the first one to be manufactured by Toyota in South Africa and is a result of significant infrastructure investments and training allowing Toyota South Africa Motors and its employees to compete at a global level.