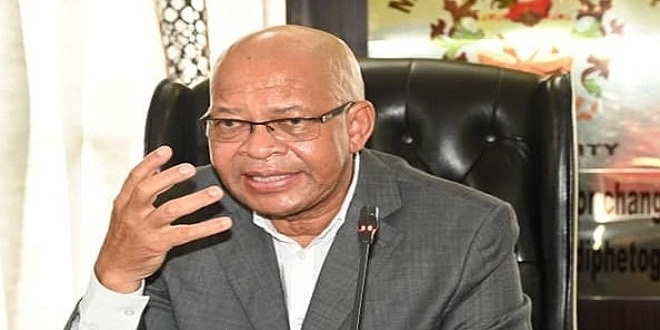 Limpopo is on high alert to assist families in distress affected by devastating floods, causing severe damage to many parts of the province.

In a statement on Sunday, Premier, Chupu Mathabatha announced the Department of Social Development, the South African Social Security Agency (SASSA) and the National Development Agency (NDA) are on high alert to provide disaster relief to families in need.

This was in response to a warning by the South African Weather Service (SAWS) that there would be heavy rain and storms from Sunday to mid-week due to tropical cyclone Eloise, which landed in Mozambique on Saturday.

SAWS reported on Sunday morning Eloise is currently over the extreme northern parts of Limpopo resulting in heavy rain in some areas of Limpopo and Mpumalanga, and later northern KwaZulu-Natal, adding that rainfall will be the major concern.

@SAWeatherServic continues to warn communities in Limpopo to stay safe indoors or high lying areas and avoid travels, particularly areas where bridges are flooded as rains fall on the north-eastern parts of the province. #DepressionEloise ?Nthambeleni pic.twitter.com/eDMWU5frzm

On Sunday the north-eastern parts of South Africa including Venda were hit by heavy tropical rain, particularly along the escarpment and low-lying areas and the northern sector of Limpopo and Mpumalanga. These conditions are expected to continue into Monday.

In terms of the impacts of heavy rain, SAWS warns that there is a severe risk [ORANGE, level 9] for disruptive rain associated with widespread flooding and flood-related damage of infrastructure including housing, roads and bridges.

Limpopo has activated a team of Psychosocial support to work hand in hand with other sectoral departments to assist people who may be affected and displaced by the floods.

“In response to this imminent natural disaster, the Department of Social Development is ready to provide social relief of distress which includes food parcels, blankets and other basic amenities to displaced families.

We have also started mobilising private sector to ensure we beef up our state of readiness of cooked meals at Community Nutrition Development Centres, particularly in the Vhembe and Mopani Districts.

The department’s agency, SASSA has also made 600 blankets and sanitisers available to ensure that we react promptly to our people as an assessment will be conducted by officials on the ground.” said MEC Rakgoale.