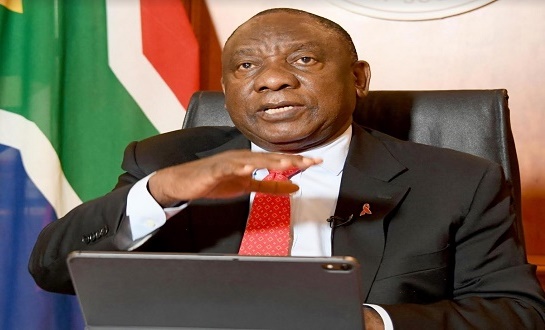 The Democratic Alliance (DA) has praised President Cyril Ramaphosa for the steps he announced to combat the spread of the coronavirus in hotspot areas.

The President said Level 1 regulations still apply to the rest of the country except at the identified hotspot areas.

“We applaud the president that he resisted the temptation to bring the country – or parts of it – back to a higher level of the lockdown.

We have learned lessons from the ineffectiveness and destructiveness of lockdowns, even though is too late.” Democratic Alliance leader, John Steenhuisen said in a statement on Thursday night.

He said the DA reiterates the President’s call for the citizens to play their part in preventing the spread of infections.

“Behavioural change needs to apply to social gatherings over this holiday season.

We may remain on Level 1, which allows indoor gatherings of up to 250 people, but such a large number is irresponsible while we already know the spread of this airborne virus.

The numbers and close contact matters more than anything else, so this has to be a different holiday season.

People must keep a minimum social contact on a small scale, and outside where possible,” said Steenhuisen.

The DA Leader slammed the Government for missing the deadline for the first payment in the COVAX vaccine initiative, saying it bungled to secure a spot at the front of the queue for COVID-19 vaccine.

This is unacceptable, and the government owes the nation an honest explanation of what went wrong. It is very important to make the payment this week to book a place in the queue.

“The government needs to reach the most vulnerable groups in society, the elderly and those with serious comorbidities such as diabetes and heart disease.

They are the people who need protection until everyone access the vaccines, “added Steenhuisen.

President Ramaphosa said South Africa is taking part in the World Health Organisation’s COVID-19 Global Vaccine Access Facility, known as the COVAX, which aims to pool resources and share vaccine development risks to ensure equal access when it is available.

On behalf of our country, Solidarity Fund encourages us with the promising results of the three vaccine candidate tests which have shown an efficacy rate of between 70 and 95% and will contribute R327 million towards the procurement.

“We expect confirmation from medical regulators that this vaccine is safe, effective, according to our needs.

In South Africa, our Health Products Regulatory Authority will review applications for approval when the developer receives and support its use, “said the President.

President Ramaphosa said that until we find the vaccine, and distributed it, we will remain the best defence against COVID-19.