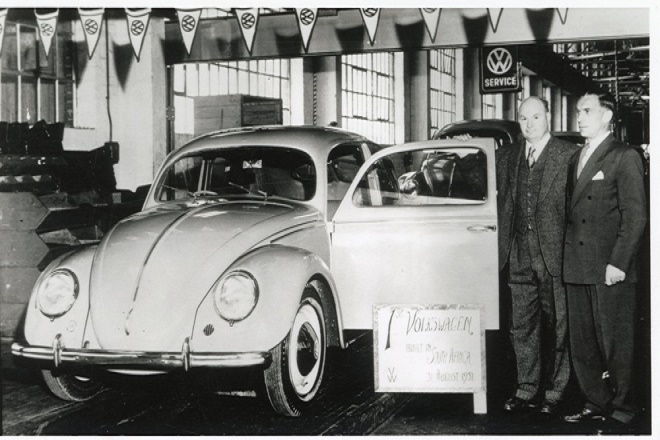 The Volkswagen Beetle, the first VW product manufactured in South Africa, rolled off the assembly line on August 31, 1951.

Through many steps and milestones, VWSA has evolved into a market leader and one of the largest employers in Nelson Mandela Bay, with over 4,000 employees.Bellow listen to messages from industry leaders, Eastern Cape Pemier, Oscar Mabuyane and Trade and Industry Minister, Ibrahim Patel.

The Kariega plant has produced many iconic vehicles in addition to the vehicles imported for the local market, such as the Volkswagen Beetle, the Type 2 Kombi, various Audi models, the Golf (including the Citi Golf), the Polo range, and the Polo Vivo.

August 2021 also marks the start of production of the new Volkswagen Polo facelift.

Having reached the 4 million vehicle milestone in November 2020 with a Volkswagen Polo, the plant has produced over 4 million vehicles. VWSA has been the exclusive manufacturer of the Polo GTI and all new right-hand-drive Polo hatchbacks since 2010.

In 2019, VWSA achieved its highest ever production year with 161 954 vehicles being manufactured in a single year.

Volkswagen achieved another milestone in 2020 when it achieved a local market share of 21,6 percent – the best result in the history of VWSA and the highest share for Volkswagen globally last year.

Sub-Saharan Africa is an integral part of VWSA’s story. In March 2017, only three months after Volkswagen’s Kenyan assembly plant opened, this region officially became a part of VWSA. In 2018 and 2020, the brand plans to open assembly facilities in Rwanda and Ghana, respectively.

Apart from its commitment to the plant, VWSA has also contributed to a number of communities, most notably those of Nelson Mandela Bay. In 1989, Volkswagen established the Volkswagen Community Trust to empower communities in the fields of education and youth development. Since then, the trust has invested R268 million.

The company has been offering support to local communities since the outbreak of the Covid-19 pandemic.

This has included establishing a temporary field hospital for Covid-19, supporting the National Health Laboratory Service in upgrading and optimising the Gqeberha branch of its laboratory, and supporting a variety of nonprofit organisations and schools.

VWSA Chairman and Managing Director, Dr. Robert Ciseks said it is an enormous task to reflect on a history of hard work and excellence that spans seven decades.

Although I have only been part of the VWSA story for a little over a year, I am incredibly proud to be associated with this organization-and we owe our great reputation today to seven decades of exceptional employees. I would like to congratulate every member of the VWSA family on this milestone, “said Cisek.