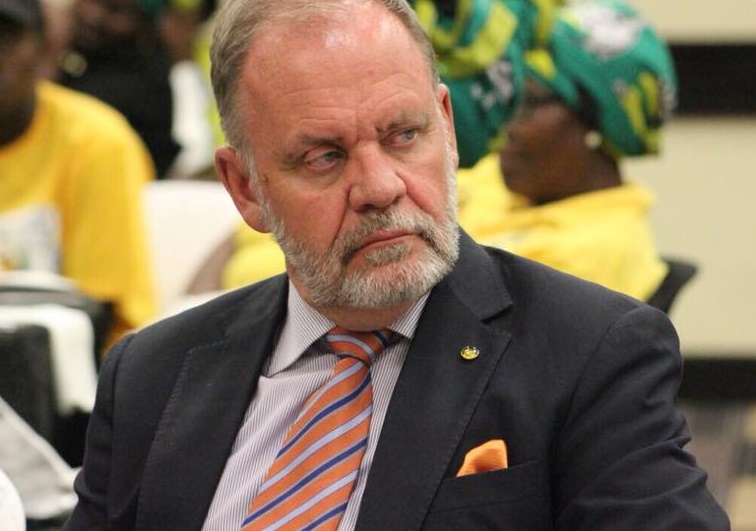 Defiant Umkhonto we Sizwe Military Veterans Association (MKMVA) says it would erect a barrier at Nkandla homestead to prevent the police from transporting former President Jacob Zuma to prison to serve his sentence, which begins on Sunday.

“We will form a human barrier to stop police approaching Zuma. We will not allow ‘President Zuma’ to go to jail,” said MKMVA, spokesperson Carl Niehaus.

The Apex Court has sentenced Zuma to 15 months’ imprisonment for contempt of court. He has until Sunday to hand himself over and begin his sentence. He would be arrested if he did not comply

The ANC’s acting general-secretary, Jessy Duarte, says, due to concerns about violence in KwaZulu-Natal following the Constitutional Court’s judgment, the National Executives Committee (NEC) meeting set for this weekend has been postponed.

The ConCourt judgment on Zuma was also on the agenda for discussion during the three-day meeting, originally scheduled to wrap up on Monday.

She said NEC members will be dispatched to KZN to continue enforcing the rule of law alongside the provincial leaders.

“The national officials were cognizant of the deteriorating situation in KwaZulu-Natal and the need for the ANC to provide clear and principled leadership to ensure the rule of law is maintained and to avoid any violence, injury, or loss of life,” said the acting ANC secretary-general, Jessy Duarte.

Hundreds of President Jacob Zuma supporters began gathering outside his home in Nkandla, northern KwaZulu-Natal, according to the SABC.

The procession, which included some on foot and others in a motorcade, was said to have brought the road outside the Zuma residence to a halt.

“Some carried placards bearing various messages, including pledges of support for Zuma. They’ve formed groups and are now camping together,” according to the report.

NEC members will be dispatched to KZN, according to Duarte, and will cooperate with the provincial leadership to ensure maintenance of the rule of law.

Despite the fact that the ConCourt is the final arbiter and that the High Court can not compel the ConCourt to review applications, the former President has filed an urgent application with the ConCourt requesting that it reconsider its decision to sentence him to 15 months in prison.

Justice Raymond Zondo, the chairman of the State Capture Commission, applauded the Constitutional Court’s decision to charge Zuma with contempt of court and sentence him to 15 months in prison for refusing to comply with the Commission’s summonses and failing to appear before it.

“The Commission considers the ruling to be critical to the rule of law, the idea of equality before the law, the priority of our Constitution, and the protection of our constitutional democracy,” Zondo stated.

Zondo is confident that the Commission will continue with its work now that the highest court in the land has made it clear that summonses issued by the Commission must be honoured, as well as court orders.

The SABC reported that hundreds of supporters of former president Jacob Zuma were begging to gather outside his home in Nkandla in northern KwaZulu-Natal.

It reported that supporters arrived in a procession, some on foot and others in a motorcade, bringing the road outside Zuma’s home to a standstill.

“Some carried placards with various messages, including pledges of support for Zuma. They are now camping in groups. Meanwhile, a few police officers are seen stopping and searching vehicles entering and leaving the homestead.” It said.