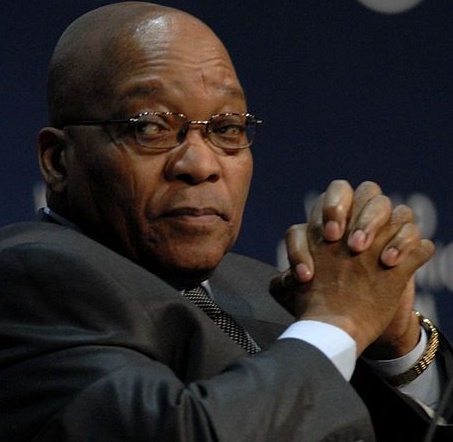 The Pietermaritzburg High Court ruled on February 23 that the corruption case against former President Jacob Zuma and his co-accused, the French arms company Thales, would begin on May 17, 2021.

The trial will resume at the beginning of the third term in the KwaZulu-Natal. The honourable presiding judge and honourable judge president may specify any other dates presiding over the hearing on condition of more clarity and the resumption of international travel.”

Thales, known at the time as Thomson-CSF, was a supplier in a controversial South African multi-billion-rand arms deal in 1999.

The charges against Zuma are one count of racketeering, money laundering, two counts of corruption, and 12 of fraud, relating to the 783 suspicious transactions the former president allegedly received in connection with the arms deal.

The Jacob Zuma Foundation recently raised concerns about the delay, accusing the state it is never ready for a trial.

The foundation said in a statement it hopes the judiciary will not tolerate any further postponements.

“Justice delayed justice denied, and this was the reality of what Zuma is experiencing with the criminal justice,” the foundation claimed.

However, the National Prosecuting Authority (NPA) responded to the allegations by stating that Zuma’s appearance in court on February 23 didn’t intend to be the start of his corruption trial, and therefore May 17 was not another date for postponement.

The NPA stated it was “extremely disingenuous” to pretend it schedules the trial for February 23, 2021.

The prosecuting authority further indicated that in December, the Pietermaritzburg High Court said: “It provisionally set the order for February 23, to resolve … pending pre-trial administration cases to bring the court to the interim hearing on February 23, 2021, for approval on the matter as ready for trial following the directives of the presiding judge’s pre-trial hearing on November 7 [2020].”

In January 2021, the Pietermaritzburg High Court dismissed, with costs, the bid by Thales to challenge the charges against it.

Thales decided not to appeal the ruling, paving the way for the trial to begin.

The January dismissal was the latest legal defeat by the two parties as they tried to have their respective slates wiped clean.

In May 2019 Thales and Zuma applied unsuccessfully for a permanent stay of prosecution.

A full bench of the Pietermaritzburg High Court dismissed the application in October that year, ruling that Zuma and Thales would have to stand trial for the corruption-linked charges,

Thales then approached the Constitutional Court, which turned down the application for leave to appeal.

In October 2020, Thales–represented by Advocate Barry Roux SC–argued in the Pietermaritzburg High Court that the NPA did not have the evidence to charge the company with racketeering.

It further attempted to convince the court that its relationship with convicted fraudster Schabir Shaik, the middleman in the Zuma-Thales relationship, was legitimate.

It was on this challenge that the court handed the January ruling down.

Since 2005, Zuma has been dodging these charges which, after many rounds of withdrawal and reinstatement, finally reinstated against both parties in 2018. Corruption Watch.